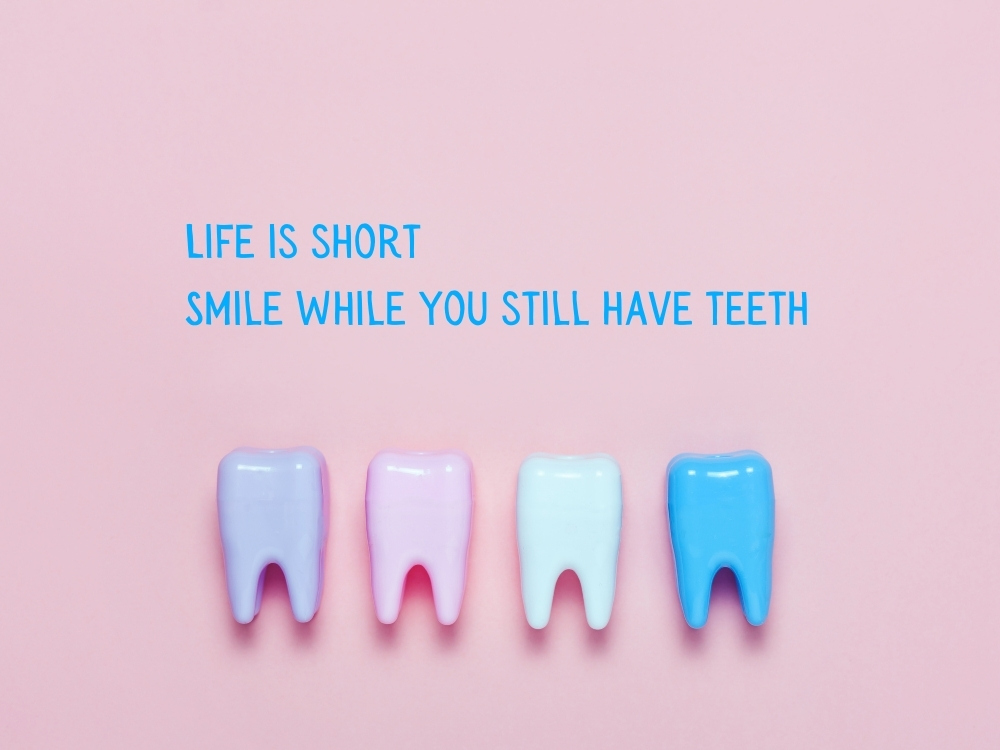 You know that feeling, when a crown breaks and the thing you’ve been dreading for years comes to pass – you need to consider whether to have a dental implant. If you’re anything like me, the very idea of it can send you running for the hills…except somewhere on that run you stop at 7-Eleven for your favourite crunchy snack, only to realise you can no longer eat it because of your mouth. It’s no good. You need to do something with your broken teeth.

Cap in hand, you retreat to the dentist but you’re hopeful there might be a less invasive, less expensive alternatives to dental implants to explore. I mean, what about just really strong super glue or duct tape to put that broken crown back on?

I seriously tried to explore every crazy alternative before finally, reluctantly and with terror, deciding to have a dental implant. In this series of posts I’ll share with you my entire experience from looking at the alternatives right through to the dental implant process, my experience and how it all turned out.

First, a quick word about my…

My journey to needing a dental implant

My story is probably a reasonably common one, though with a pretty sinister start. I’m from the UK and had half a mouth full of fillings before I was 10 years old. Why? Well, it wasn’t because I was a sweet fiend with an aversion to a toothbrush. I was one of four kids in a working-class family so treats were exactly that, treats. And twice a day brushing was drummed into us from milk teeth, no negotiation.

It went wrong at the dental surgery. It was the 1980s and some nefarious dentists had cottoned onto a good scam – fill kids’ teeth and you can get paid by the NHS for the work. In fact, the bigger the filling, the bigger the payout. It was all well and good until the dentists got struck off. Not that that helped me much. Little did I realise, those big fat fiddle-the-NHS fillings were going to come back and haunt me (and cost me), all the way through my adult life.

Jump forward to my late 20s, those fillings were starting to fail. Cue: root canal treatment. Except, once again I was dentally shafted (does that sound rude? Soz). What my private (read: expensive) dentist didn’t tell me was that there are such things as root canal specialists – endodontists – and she wasn’t one of them.

My childhood fillings failed in succession and it wasn’t until the last two root canals that I realised I should call in an expert.

What that left me with was 4 teeth with 4 root canals and crowns of varying quality. This too would cause me trouble down the line.

I didn’t help myself, either. Off the back of what felt like years of dental work, I kind of skipped out on getting a crown over one of my root canals. Surprise, surprise, the tooth broke while I was on a round the world trip leaving me with a stump of a tooth and a ‘cross your fingers and hope for the best’ crown.

In fairness, it lasted 10 years. But at Christmas this year I had that dreaded sense of movement. I went to the dentist and he confirmed it. A few days later, the crown left the building and there was literally nothing left underneath. I had little option but to have a dental implant…or did I?

What are the alternatives to dental implants?

As soon as I felt the lack of even a stump in my mouth, I knew I was looking at dental implant surgery. I’d already discussed a few alternatives to dental implants with my dentist but they were not what I wanted. Here’s what the alternatives are and why I decided against them. From least to most invasive.

Do nothing (not a healthy option)

Despite being a fully grown, middle-aged woman, the first thing I asked my dentist was – what if I do nothing? Can I just leave the root in the gum and not have an extraction. The answer was a hard ‘no’ and with good reason. Left in the gum line, the dead, untethered root is at risk of infection. With the words: pain, inflammation, infection, bone loss and further tooth loss, I was convinced the tooth had to come out. But what next?

Have an extraction and leave a gap

I have, in fact, done this with a crown/tooth that broke the previous year. It was six months after my mum died, a bottom left molar and I couldn’t face the idea of an implant. You can’t really notice the missing tooth. However, I do have some regrets about not braving an implant back then, for the reasons below.

My mum had dentures and hated them. I remember her struggling to get on with them as she ate, talking less when she had them in but most of all leaving them out when she was at home. I’m only 44 (at time of writing). I’m currently single/dating. Do I really want to have to worry about putting my teeth in a glass when I have a new man friend over for the night? No. Thank. You.

Perhaps you feel differently. My dad has some dentures (yes, we all had the same dentist) and he says he’s gotten used to them. But he’s older than me and has been with his partner for decades. Also, I hate to say it but he’s a man and doesn’t have the media constantly telling him (and the rest of the world) that his self-worth is contained only in his body and face.

Since the dental implant procedure takes so long (months), I was offered a denture to fill the gap (literally) while I go through the implant process. I duly paid my £400 and haven’t put it in my mouth once. In fact, I’m off to funeral next week and will be seeing people other than my nearest and dearest for the first time since my extraction and I’m still struggling to work up the courage to apply the fixing gel to the denture and put it in my mouth.

(Update: I braved it, for the purpose of this post and my first reaction is: do not like! It feels like a piece of bubble gum stuck to the roof of my mouth and I felt pretty queasy easting with it. I suppose I might get used to that but the truth is I don’t want to).

If you are thinking of getting dentures, you have a window of opportunity to try them since you have to wait six weeks between extraction and the first surgery for fitting the implant. That’s enough time to try the denture and cancel the surgery if the false tooth/teeth are working for you. It’s definitely the least invasive and a less expensive alternative to a dental implant.

This is a realistic option for a lot of people but wasn’t really realistic for me.

What is a dental bridge – it’s a false tooth that’s more like a crown than a denture. Instead of being attached to a palette that you need to ‘glue’ to the roof of your mouth, the false tooth is effectively tethered to your adjacent teeth. The downside is that in order to fit a bridge, at least one, but typically both of the neigbouring teeth need to be fitted with a crown. This means that you dentally alter two good teeth in order to fix the middle one.

If you’re looking for a picture comparison your options, this article has (drawn) images of dental implant alternatives.

Due to the location of my tooth, within my smile, my age, my vanity and my unfit neighbouring tooth, a dental implant was the best solution for me.

Alternatives To Dental Implants – How To Decide
Posted on March 19, 2021